(from the journal, November 5-11) We take a taxi to the train station. Our train of choice from Granada east to Sevilla is sold out. We find a luxury hotel in Granada with all the amenities – comfortable lounge, full bar, good food, wifi. We hunker down for four hours, then on our way to Sevilla, pulling in to the estación at 00:30h. 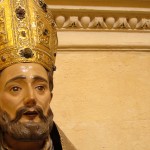 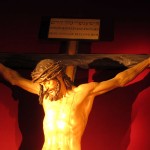 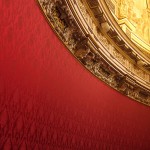 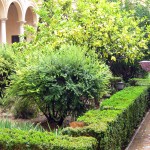 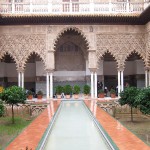 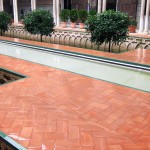 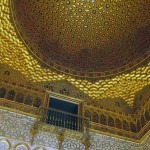 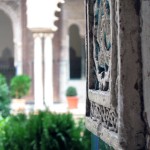 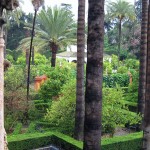 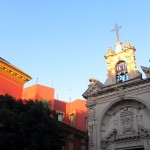 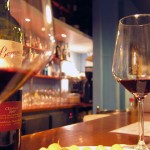 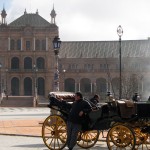 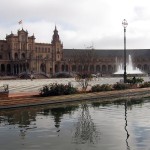 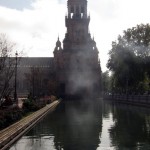 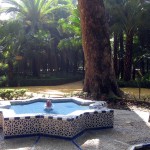 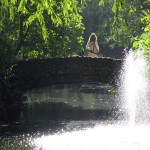 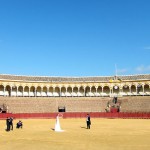 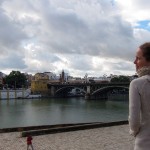 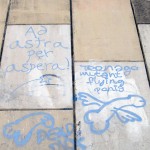 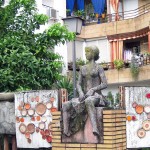 The internet in our apartment goes down every twenty minutes. For two days, I work at a “coworking” space and enjoy blazing quick wifi and the focused, creative energy of a startup.

Sunlight streams through on the seventh day as we venture out into a widening radius. Across the river, up to Hercules Plaza, into surprising iglesias such as the Iglesia Jesús del Granpoder, where parishioners wait in line to kiss the heel of a giant wood Jesus.

Sevilla is a really beautiful city, punctuated by that amazing Andalusian blend of Roman, Muslim and Christian influence. The Catedrala de Sevilla and Reales Alcazares are marvels, as are the Plaza de España and myriad parks.

We eat well, and we (particularly myself) eat food we never eat in Los Estados Unidos. Late in our stay, we eat at Eslava. At an unassuming local tapas bar, we enjoy the best meal of our six-month trip. My review on TripAdvisor:

A friend recommended this place as the best tapas restaurant in Sevilla. She does not mess around. We got there at 18:30h on a Friday, and started on a bottle of Rioja, sitting at the bar, biding our time and munching on olives and beans until the kitchen opened at 19:30h.

We started with a handful of tapas, beginning with the award-winning slow cooked egg on boletus (mushroom) cake in a balsamic reduction. Bizarre, shocking, sublime. Then the cod, beautifully cooked, with a crema and Spanish version of pico de gallo.

The duck breasts were meaty, not fatty, and delicious. Then a 1/2 order of the pork ribs in a rosemary honey glaze. That was it, I was completely won over. Those ribs alone are worth a detour to Seville.

We didn’t need any more, but opted for one more tapas – Sangre Encebollada, which is blood pudding with carmelized onions. I had never tried blood pudding before, even after a month in the UK, and figured this would be the place. I definitely do not need to ever try blood pudding again, as it has a weird, squeaky texture.

The waiter and I laughed, he said it was a house speciality, and I just said in Spanish, “I don’t know, friend…” He took it off the bill without me asking. Trying something like that is just part of adventurous dining, no?

The whole shebang, bottle of wine, four tapas and a medio-ración, was just €28. An incredible bargain for such a quality restaurant. Eslava is one of those memorable destinations that make travel such a joy. Can’t recommend it enough.

I would note that by 8pm it was packed, and by the time we left, people were stacked behind the bar waiting for stools. Plan accordingly, and be sure to see the Capilla Jesus del Gran Poder right nearby, where the faithful wait in line to kiss Jesus’ wood heel.

Sevilla is a bit large, a bit grand and a bit formal for our tastes. It’s lovely when the sun shines. Perhaps we will return in the future, en route east to Granada or west to Portugal.