We lock, doors, close shades, power down, say goodbye to Ojai until December. A quick lunch at Whole Foods in Venice, then evan drops us off at LAX Terminal B.

The British Airways flight at the front of Coach is unremarkable, due in part to the Russian girl on the window who keeps her shade down from take-off through landing (I know she’s Russian by peeking at her passport when filling out the custom forms). The movie selection in the seat back is excellent, the requested Asian vegetarian meal surprisingly adequate.

We arrive at ten in the morning, only a slight drizzle, not a wink of sleep between us. Customs is easy, I keep my answers short. Why are you here? Holiday. Where are you going next? EU. We breeze through. 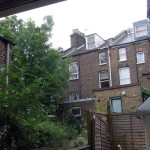 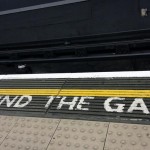 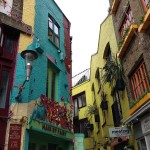 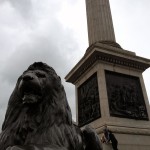 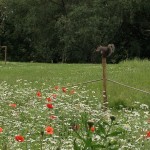 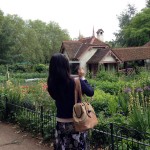 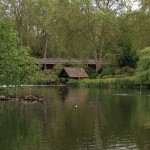 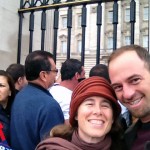 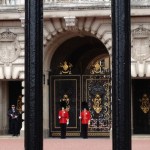 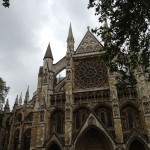 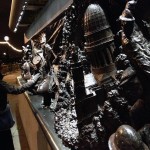 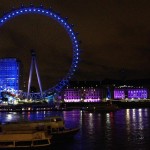 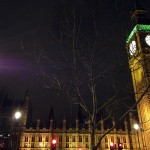 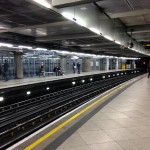 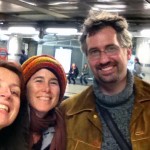 Oystercards secured, we enter the Underground. Piccadilly to King’s Cross, transfer to the Northern Line – High Barnet for the short hop to Archway.

We walk half a mile past pubs (aka Public Places), Lebanese and Turkish restaurants, a Persian market. Wow they really do drive on the wrong side of the street, I muse. Stenciled white letters on the street urge us to Look Left or Look Right, opposite my inclination.

Leia greets us; it is wonderful to see her. We attended elementary school together, visited each other’s homes as kids, learned a bit about life from the other’s family. Her younger brother is Tyler, named after me when Leia’s parents ran through a slew of Biblical names for other siblings.

A quick dinner of Turkish mezes, an early night. We awake at five a.m., slot in showers and us three head off to Covent Garden for the Tech Meetup I organized. Nine of us meet, Chris and Pausha fly up from France.

It is time to walk – through Trafalgar Square, St. James Park, Buckingham Palace. Hordes of tourists watch the changing of the guard. Stoic soldiers carry bayonet tipped machine guns, while crews break down the sprawling bleachers from the Platinum Jubilee.

Down a side street to Westminster Abbey. The five of us pay up, enter the church of coronations and the nuptials of William and Kate. The abbey is filled with caskets and tombs dating back a thousand years. The Poets’ Corner is stuffed with graves, plaques and reliefs of Chaucer, Dickens, Handel, Kipling, Olivier, Tennyson, scores of others. We exit in a light rain, umbrellas handy, catching a tube to Camden and a quick lunch at Masala Zone.

We reconvene with Chris and Pausha for dinner in SoHo and a jaunt to the windy Westminster Bridge. The Eye, Big Ben and Parliament are lit up brilliantly. We part company in the Tube, farewell until November.