We take the tram west of Sultanahmet to Çemberlitaş. Passing Hagia Sofia and the Blue Mosque on our left, we climb the hill and exit at the Column of Constantine, built on the orders of the Roman emperor in 330 AD.

Crowds swarm around the entrance of the Grand Bazaar and the adjacent Atik Ali Pasha Mosque is in prayer, so we walk east, alighting atop the Pierre Loti Terrace. It is our first time seeing Istanbul with some elevation, spectacular views in all directions, particularly north up the Bosphorus, west towards the Bazaar and southeast the Blue Mosque. 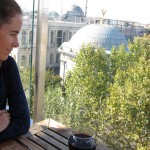 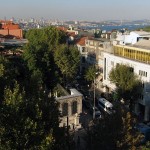 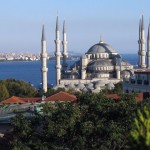 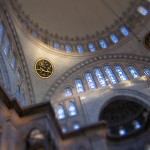 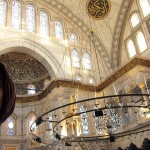 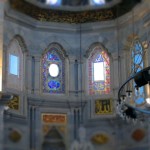 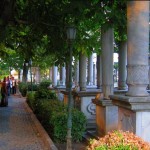 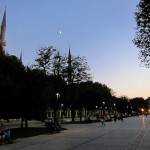 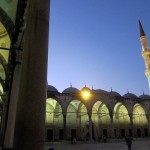 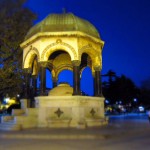 Another first, Raki, the anise-flavored alcohol of choice in Turkey. Known as Lion’s Milk, the clear liquid turns white when mixed with water and ice. I develop a fondness for it, but wisely consume in moderation.

We return to the mosque, sit for some time, take a few pictures. Then into the Grand Bazaar, covering just a tiny fraction of it’s massive footprint. Ali Sun loves the lights, only the closing of the bazaar allows me to pry her loose.

It gets dark as we walk through the hippodrome promenade. The half moon rises to the west as lights illuminate centuries-old minarets, obelisks and cisterns. Istanbul settles into night-time, a calm respite before the nightlife takes hold.