We are traveling through another dimension on the road to Hana, a dimension not only of sight and sound but of mind; a journey into a wondrous land whose boundaries are that of imagination. That’s the signpost up ahead—our next stop, the Hana Lava Tube.

Lava in and of itself, is ridiculously cool, right? It is, after all, molten rock expelled by a volcano. Now imagine that lava coursing through a giant tube from a volcano to the Pacific Ocean. And that tube just gets bigger and bigger over time, because guess what? Molten rock melts rock. And in that tube, all kinds of crazy stuff happens, from chocolatey stalactites to blind crickets.

So these enterprising guys have the rights to an access point, charge $12.50 a pop, lend you flashlights and optional hard hats and you’re on your way. And its about as cool as “lava tube” sounds, sans actual lava. 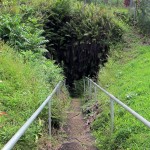 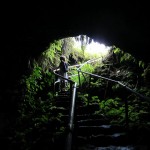 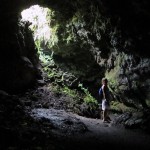 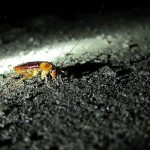 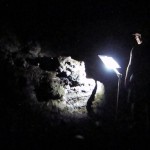 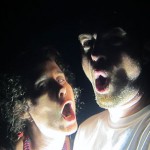